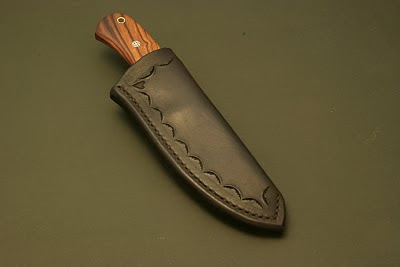 Yet another commission. Scott just finished this Javelina with Desert Ironwood Handle and leather sheath. Check out that hamon! 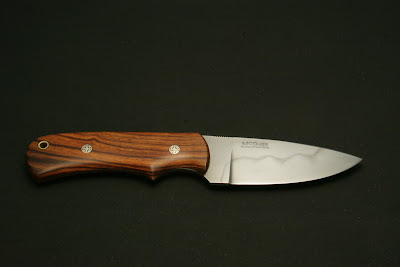 Javelina with Desert Ironwood handles and leather sheath $250. That includes insured USPS shipping anywhere in the continental US. 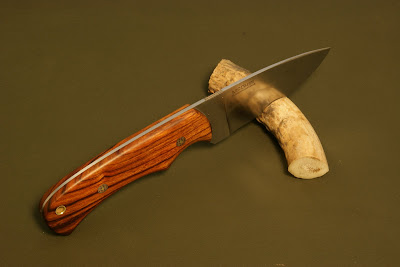 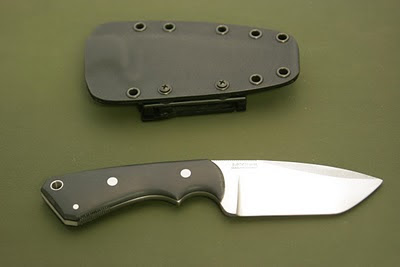 Scott was commissioned to make this knife for a law enforcement officer/knife tactical instructor. Arashigoto is Japanese for "hard work", and this knife was designed specifically to withstand the beating a police officer can deliver in a day or night's work. It is a Tanto style tactical and looks like a mako shark - hence the two names.

This Arashigoto Mako was hewn out of 01 tool steel, has black linen micarta scales and a black Kydex sheath with Tek-Loc clip. It can be carried upright, inverted or horizontal (left or right). 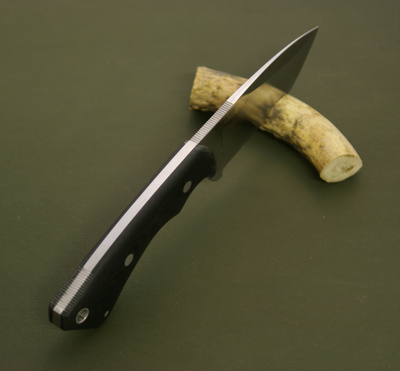 The knife weighs 7.5 ounces, is 8 1/2 inches in total length and the blade is 3 3/4 inches long. I did not taper the tang on this one to give it extra heft for a butt strike, and I filed 20-line per inch checkering in 3 areas on the knife (two on the back, and one underneath) so that it grabs the hand and doesn't let go. The sheath/knife fit is very positive on the Arashigoto Mako as well, to prevent the knife from accidentally breaking loose when worn inverted position. 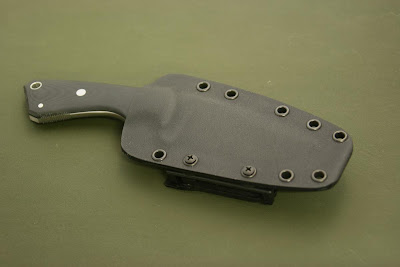 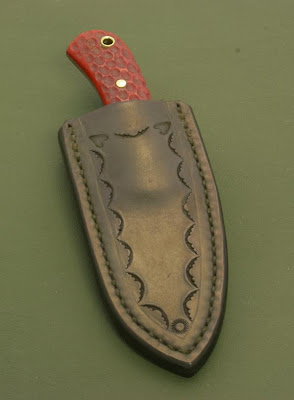 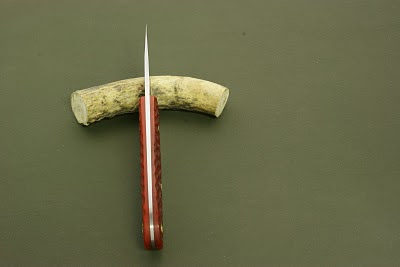 Scott went with red bone handles and a leather sheath for this version of the spearpoint Runt, but the knife can be made with micarta handles and a kydex sheath at a lower pricepoint. Note that this Runt has a Japanese style hamon - wavy line on the blade is done by coating the back of the blade in clay during the hardening process. The drop point and wharncliff versions will be hardened by this same method. 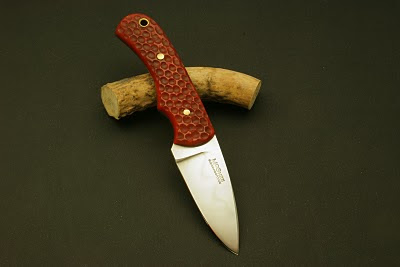 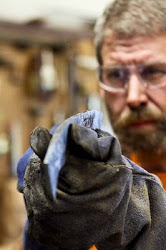